ALL AT SEA - AN ART RESEARCH PROJECT 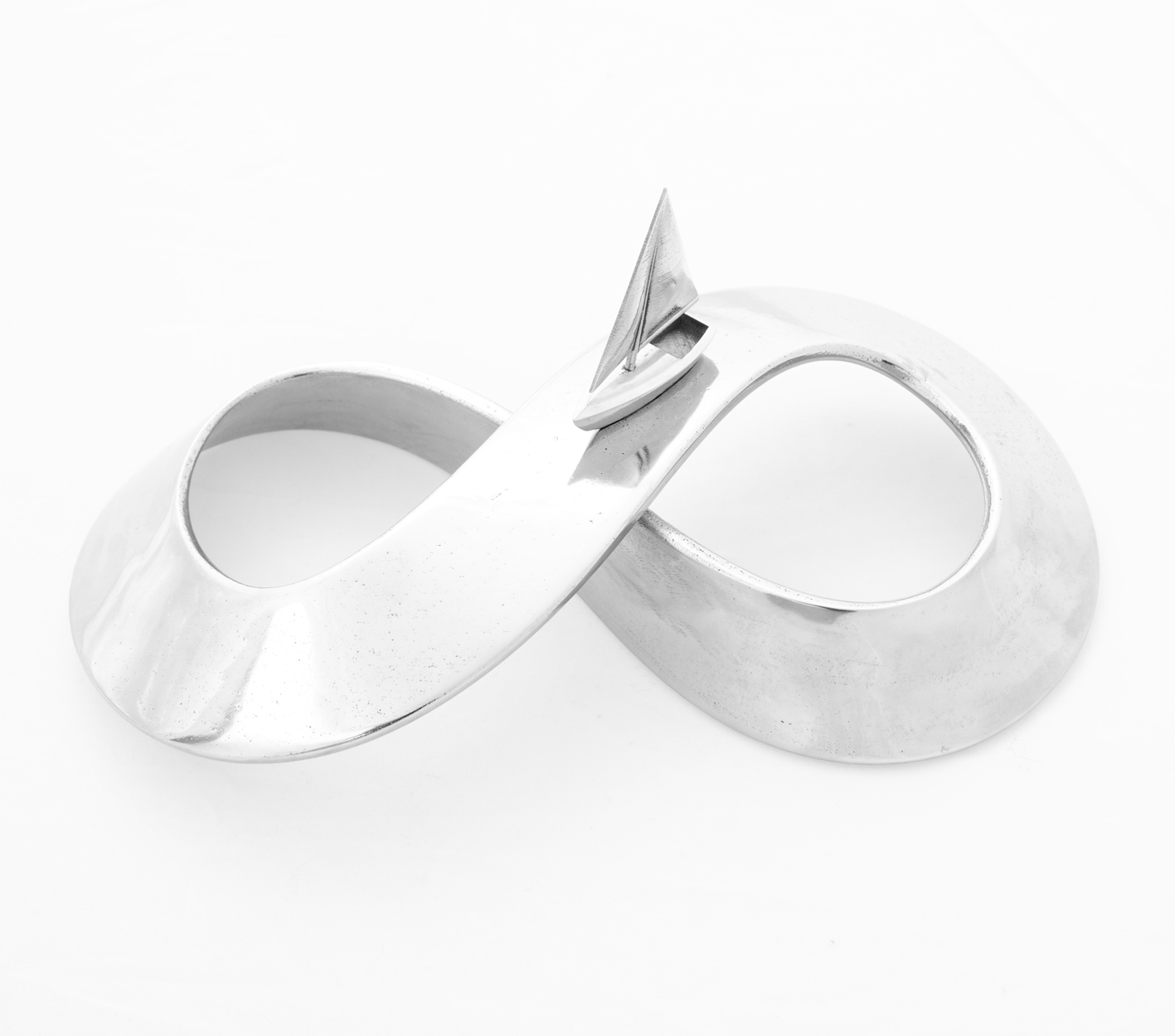 The artwork Cybernaut Sail represents the cybernetic concept of an endless loop, expressed in the mathematical figure of a Möbius coil. An impossible figure, the only way to produce it is through a digital 3D print, in this case a Laser Melting of silver steel. Its shiny surface reflects the environment like the water of the sea. This object served as the blueprint for the navigation on the sail Endless Between Ends, found in the lands ends in Finistère, France and Finisterre, Spain. Both are located at the borders of the Gulf of Gascony. The sea map with the real satellite data of the project can be seen as a trace of a real play, which I suggest to call sea art, enacted in a duration performance. The navigation route was an outcome of a word play between the collaborating artists (Massard/Jahrmann), who display their artwork now as an object of the memory of an augmented reality of ars memorandi.

Write to us for more information about All at Sea and how to get involved.
Contact Us
Copyright 2016 |

All At Sea by Herve Massard is licensed under a Creative Commons Attribution-NonCommercial-NoDerivatives 4.0 International License.